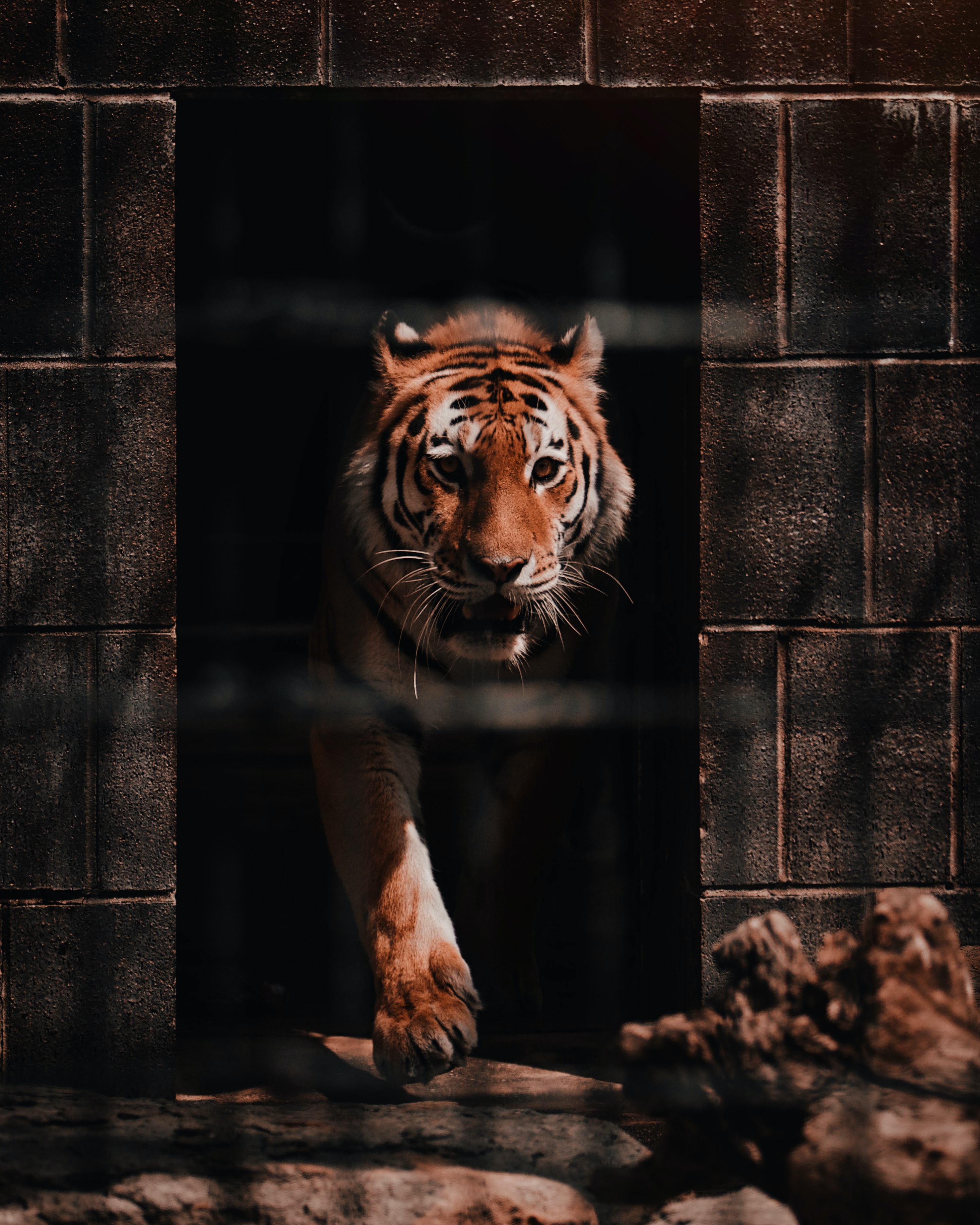 It was 2005, a few weeks following the fateful 7/7 London bombings which had shocked the nation. I was working in Taunton, UK at the time but my home was in Exeter meaning most days, I’d take the train between the cities. One evening, I had left work reasonably late and wasn’t surprised when entering the train at Taunton, to walk into an almost empty train carriage.

I say ‘almost’ because about halfway down the carriage a large red suitcase lay on its side on a table between two seats and a lady was sitting close enough to the suitcase for me to firstly assume that it probably belonged to her. But there was some residual doubt, as she wasn’t sitting in the same row as the suitcase. Having worked for many summers in airport security, my instinct was to check. I walked down the train carriage and asked if the suitcase belonged to her (even though it now looked obvious that this was a stupid question). She looked back at me and responded that it didn’t belong to her. We were the only people on this train carriage. I told her I would call the train guard and report it. After calling the guard on the train intercom, I sat back down to wait for him. At that point, the lady stood up abruptly, said to me “Good spot”, and then proceeded to speedily walk down the aisle and through the doors to the next carriage. A few moments later the train guard arrived, I showed him the case and with a very relaxed manner, he thanked me and then walked away wheeling the case behind him. Nothing else notable occurred on this journey. Although I was left for the remaining journey and for some time afterwards, pondering firstly my fellow passenger’s lack of awareness of the risk, then secondly her response to the risk when it was identified.

A risk is the product of the impact of a negative event and the probability of the negative event occurring (quantifying the uncertainty). Many industries, organisations and institutions have implemented risk management processes to improve safety for their employees, customers and people they work with. It’s quite straight forward to educate people in the basics of risk management, and it’s reasonable to expect that many identified risks are being proactively mitigated in many aspects of our lives. See for yourselves the next time your Smartphone battery is flat, why not look around your environment and identify the many risk mitigations that have been implemented around you!

Considering the opening scenario. The identified risk is that the suitcase could contain a bomb resulting with a very severe impact to those in the vicinity. The impact of risks is often unambiguous. But, what was the probability of the suitcase containing a bomb? We had seen all over the news a bombing on several trains within the UK, so it seemed somewhat reasonable?! Although this wasn’t rush hour! But what was this probability?!! Even if at the time of the event, the probability had been available, let’s say it’s 1 / 10^7, would it have changed the way the three of us responded to the risk?! Or if the probability was an order of magnitude lower, would this have changed again how the three of us responded to the risk?! I propose that our responses to the risk are strongly based upon our experiences. In airports it’s a common daily event to identify and report unaccompanied luggage, then to see the owners appear from nowhere having suddenly realized the safety sensitivities of their environment.

Of course, this wasn’t the only risk at the time. There were many other risks that we weren’t focusing on. There was a risk that the train could be derailed by debris on the rails, or suddenly stop and we’d be hurled down the end of the carriage, even that a criminal or madman could walk in from a connecting carriage and physically attack us etc. etc. There was also a risk, that if we were to run away from the suitcase, we could trip over and break an ankle. Interestingly, while this last risk is highly more probable than the primary risk, we often don’t stop to think about the new risks we’re introducing. The limiting computational power of our minds, combined with the anxiety caused by the awareness of risk impacts, can all be too much for us and is often quite exhausting.

When a risk is unfamiliar to us, we can often over-react as we focus disproportionally on the risk impact. This is very human. Many folks go about their day-to-day business taking risks that others consider to be extreme or unnecessary; high-risk hobbies (skiing at 100 km/hr.), lifestyles (especially relating to health choices such as smoking and drinking excessively) or not wearing a seatbelt when driving - we all develop our own acceptable levels of risk. Noting that, many of the risks we accept are essentially traded-off against other risks. There’s no risk-free existence and very few of us can consistently and comprehensively explain why we take the risks we take.

A frequent example of our irrational response to risks is why many folks refuse to travel by airplanes. It’s often not due to the probability of the plane crashing as this is remarkably low when compared to other forms of transportation. It’s more likely the thought of the impact of the plane crashing, which may well have been further exaggerated by experiences flying through turbulence or images, news reports, films etc. showing the devastation of such an event occurring. The irrational part of our mind, strongly controlled by emotions such as fear, dominates in these instances. Does it matter at all if the probability is 1/10^8 or 1/10^9?! Of course not. The probability of the event is not being rationally considered.

When I became a Father, I realized very quickly that my risk acceptance level for the safety of a human being in my care, is significantly below my risk acceptance level for myself. One also realises the negative effects of only being conscious of certain risks, the damage this causes to yourself which can lead to paranoia and to even more negative impacts than the primary risks which you were trying to mitigate. The first time I travelled alone with our eldest son, I brought a fire extinguisher with me. I had run through many scenarios in advance for mitigating a very high impact risk, trying to escape from a burning hotel in the middle of the night, whilst ensuring his safety. I concluded the only means to mitigate this risk to a level that I was comfortable with, was to have the ability to buy myself some time with the fire extinguisher before engaging on an evacuation of my son. I had never thought about this in the past for my own preservation. Interestingly sharing this anecdote with friends over the past few years has led some folks to laugh at me and others to go out and purchase a fire extinguisher. We often find it difficult to understand how another person is comfortable with their own personal risk acceptance level.

What happens though when people start enforcing their personal risk assessments onto those around them?! If we mandate that everyone staying at a hotel needs to travel with a fire extinguisher, I predict that many would complain about it, calling it unnecessary. Many would stop using hotels. Others would go along with it, as they just see it as they are primarily focused on the goals of their travels, such as seeing family and friends. There may well be a few folks who agree whole-heartedly with the risk mitigation, and zealously go about its implementation. Our reactions and biases to risks are formed from our own reasoning, personalities, situations and experiences. Whilst many people from different backgrounds can apply risk management processes to the world around, a common issue for us all is assessing the probability of a risk and what to do with the residual risk. Reductionism is not a good friend in risk management. Unfortunately, this is where many of us falter. Without applying a holistic risk management approach, one can often introduce mitigations to the identified primary risk(s), which in themselves introduce secondary risks which are far more likely to occur, even if the impacts don’t seem at the first inspection to be so severe. But of course none of this matters, because we’re purely focused on just mitigating the primary risk(s). When left to their own devices, applying the reductionist approach can lead people to complete and utter madness. If we really believed there was a bomb in the suitcase in front of us, a reasonable response could have been jumping out of the window of the fast-moving train.

I vividly recall a senior colleague zealously instructing me to “reduce all project risks to 0% likelihood”. I said, “Sure, then end the project”. Risks are unavoidable. So, let’s focus on the finite few things that are key to our lives, as they add value and meaning to our existence. For instance, regularly meeting with our family and friends, going out to enjoy the environment and caring for those on the edges of our society. Each of us have our own key value activities. We need to focus on doing them, not on micro-managing every possible uncertainty with a negative consequence, otherwise we might just miss out on life and/or jump from the windows of fast-moving trains to no avail!!